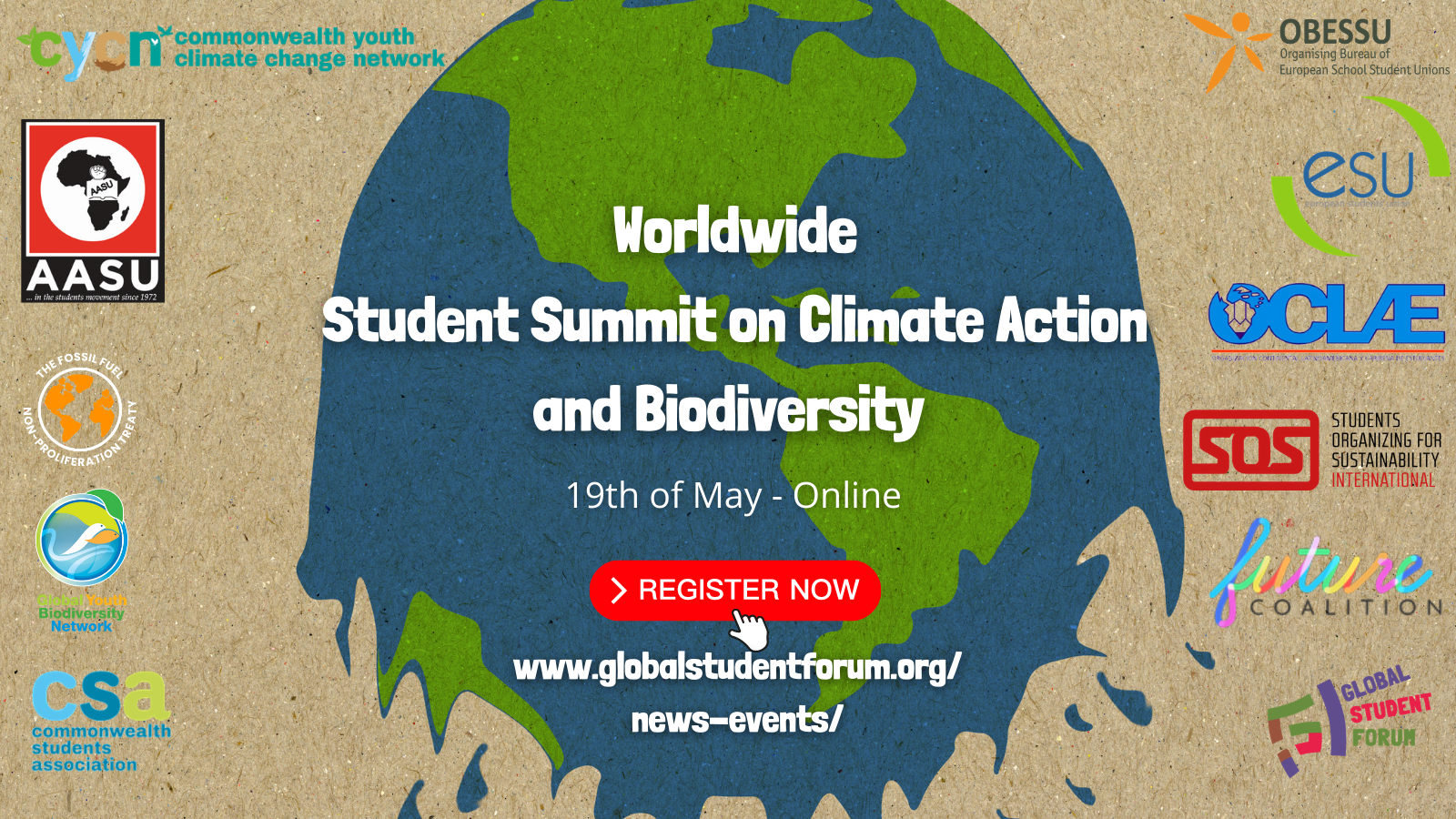 The environmental justice movement in recent years has seen many young people and students from both secondary and tertiary education taking the lead in raising awareness to human made climate change as well as the decrease in biodiversity and its catastrophic consequences for our planet. Students and young people have been at the forefront of worldwide protests, climate strikes and advocacy action in formal and informal international decision making spaces.

Before the COVID-19 pandemic harvested almost all media coverage, climate change and young people fighting to stop it were at the centre of global attention. The virus has taken away substantial energy from the environmental justice movement, with on the ground activism through protest being too risky and COVID-19 being the constant headline dominating international discourse. The progression of global warming nevertheless, advances unaffected regardless of the media discourse being focused on it or not. Nothing has changed and we need to act immediately to at least slow down the single greatest threat humanity is facing.

The worldwide student summit “Environmental justice activism post-COVID-19 – Rebuilding momentum, coming back stronger!” will look into the role students and youth have played in the climate and pro-biodiversity movement of the past decade, analysing and trying to learn from best practices and strategic mistakes that were made along the way, following the overarching aim to become more resilient and strategic when facilitating climate action in a world post COVID-19.

Why students and why now?

Even though natural allies and partially organised by the same people, the formal student movement (local, national and regional student organisation and unions) could have played a stronger role in supporting and giving agency tol student-led climate groups. Together with representatives from the organising partners, national and continental students unions as well as activists from Fridays for Future, Extinction Rebellion and other youth-led groups, we want to explore and make use of synergies, to set up a better organised student and youth led environmental justice movement turning the tide of climate change and the biodiversity crisis.

The goal of this summit is to find new ways in which the student-led environmental justice movement and the formal student movement can work together more closely, specifically in terms of seizing organisational synergies on the national and regional level and coordinating activism and advocacy agendas. Participants will come up with a plan for further engagement, seizing the momentum of the summit and agreeing on future steps leading to a more systematic collaboration between student-led movements and organisations in the environmental justice sphere