Via Zoom. Please register here to receive the link: https://harvard.zoom.us/webinar/register/WN_tir4bFoVTCa9HgzX2I-bdw

This seminar seeks to reflect on the commonalities and differences in student unionism globally: What are the organizational characteristics of student unions? How are students represented in higher education governance? What impact students have on higher education and how this might be changing? The seminar brings together the the distinguished student leaders of the All-Africa Students Union (AASU), Commonwealth Students’ Association (CSA), European Students’ Union (ESU), Organización Continental Latinoamericana y Caribeña de Estudiantes (OCLAE), as well as the Global Student Forum (GSF) which these four regional student federations jointly founded. 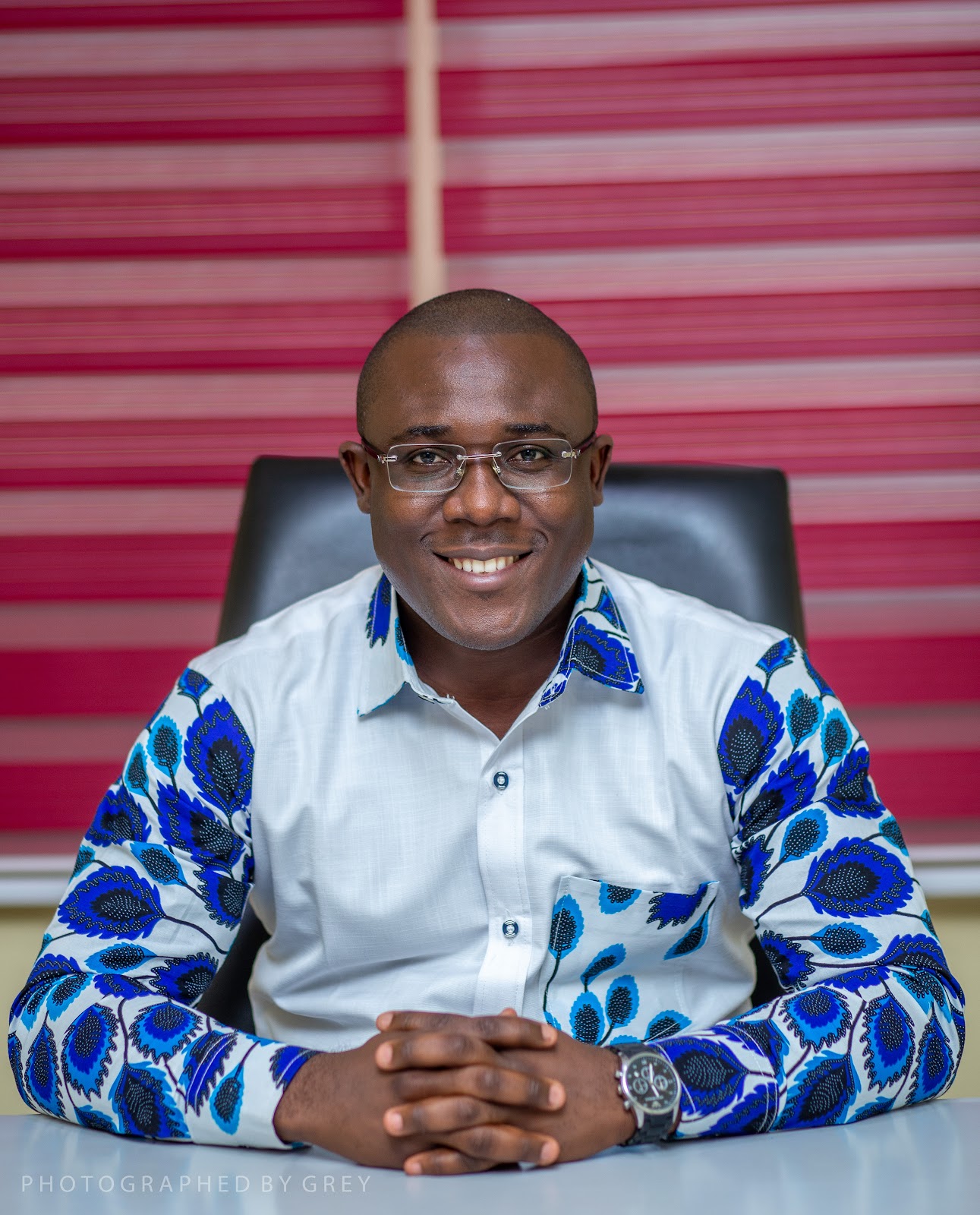 Peter Kwasi Kodjie is currently the Secretary-General of the All-Africa Students  Union (AASU), where he previously served as the Head of Research and  Communications. He is one of the youngest persons to ever serve on the Board of the Ghana AIDS Commission, the Vice Chancellor’s Endowment Fund Committee at  the University of Professional Studies Accra (UPSA), Technical Committees at the  Ghana Standards Authority (GSA) and International Organization for  Standardization (ISO). Peter represented the students of Africa on the Tuning Africa  Project Advisory Group (TAPAG) Phase II, and currently an advisory board member  of the Harmonization of African Higher Education Quality Assurance and  Accreditation (HAQAA) Initiative, and the Africa Continental Qualifications  Framework (ACQF) – joint European Union-African Union projects on the  harmonization of the Higher Education ecosystem in Africa. Peter has extensive  experience in students and youth leadership, ranging from high school to the tertiary  level, where he was elected as President of the National Union of Ghana Students  (NUGS). In the past, Peter has worked in several volunteer roles with leading  advocacy civil society organizations like the Consumer Advocacy Centre (CAC),  African Youth Network (AYN) and Transformed Youth Initiative (TYI) to initiate key talking points and advance the conversation for an empowered youth in Africa.  Together with other youth leaders, Peter is a founding Trustee on the 100 Million Campaign (founded by the Nobel Peace Prize Laureate, Kailash Satyarthi). Peter is  also a founding member of the Global Student Forum (GSF), and he serves on the  Governing Council of the Magna Charta Observatory (MCO) as the global student  representative. Peter has a strong passion for leadership, youth empowerment, and human rights. 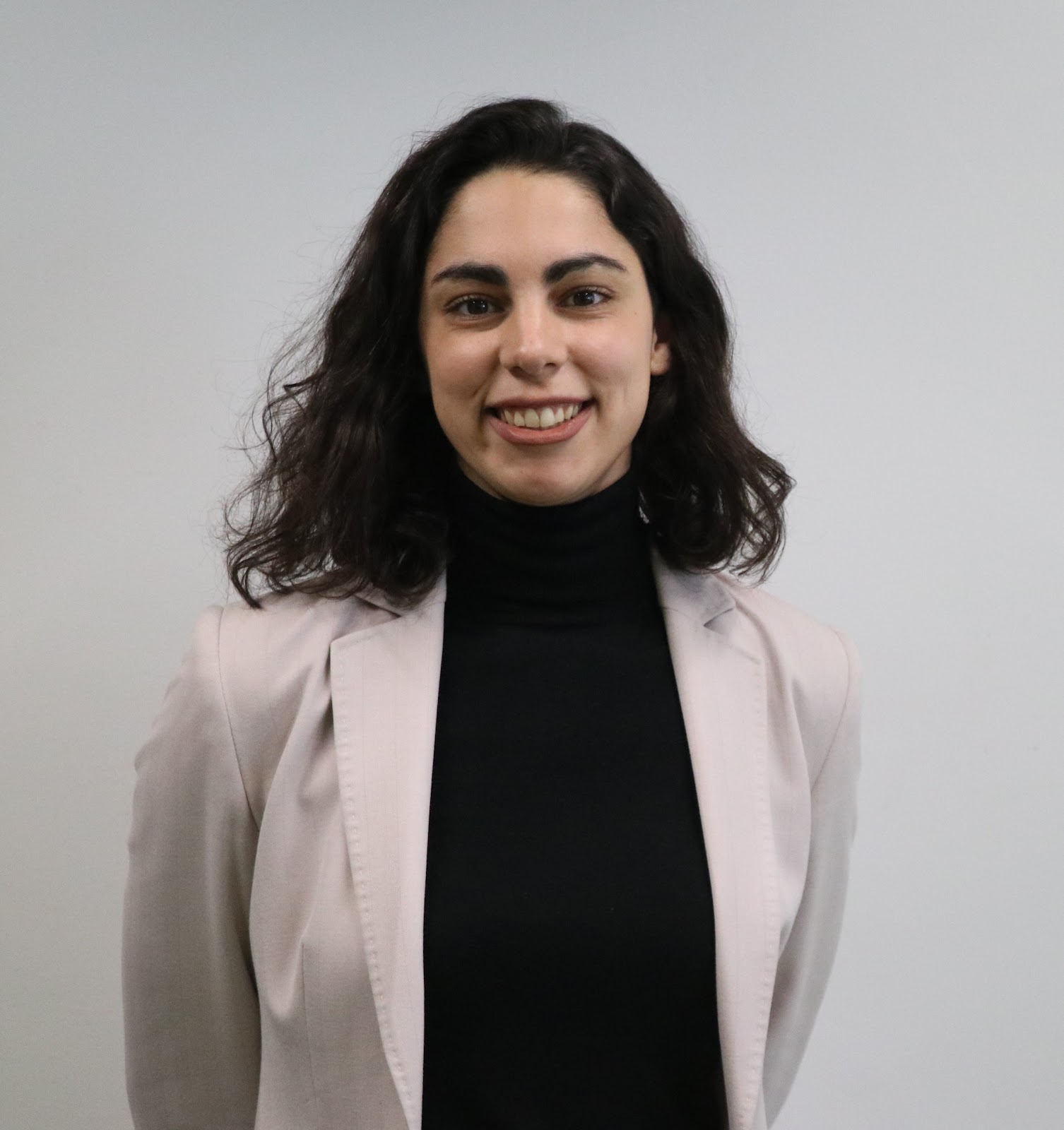 Martina Darmanin is the President of the European Students’ Union (ESU). Her role is to guide the organizations’ policy development on the social dimension, its advocacy towards the Bologna Follow Up Group, as well as project coordination in relation to access to (higher) education and academic freedom. As a representative of ESU, Martina is also Vice President of the Lifelong Learning Platform (LLLP) and Board Member of the Global Campaign for Education (GCE). Martina holds a Bachelor’s degree in Health Sciences from the University of Malta and organized her Master’s research study in food sciences together with Leibniz Institute of Agricultural Engineering and Bio-economy in Potsdam, Germany. During her studies, Martina joined the student movement through the Malta Health Students’ Association (MHSA) and the National Student Council in Malta (KSU). 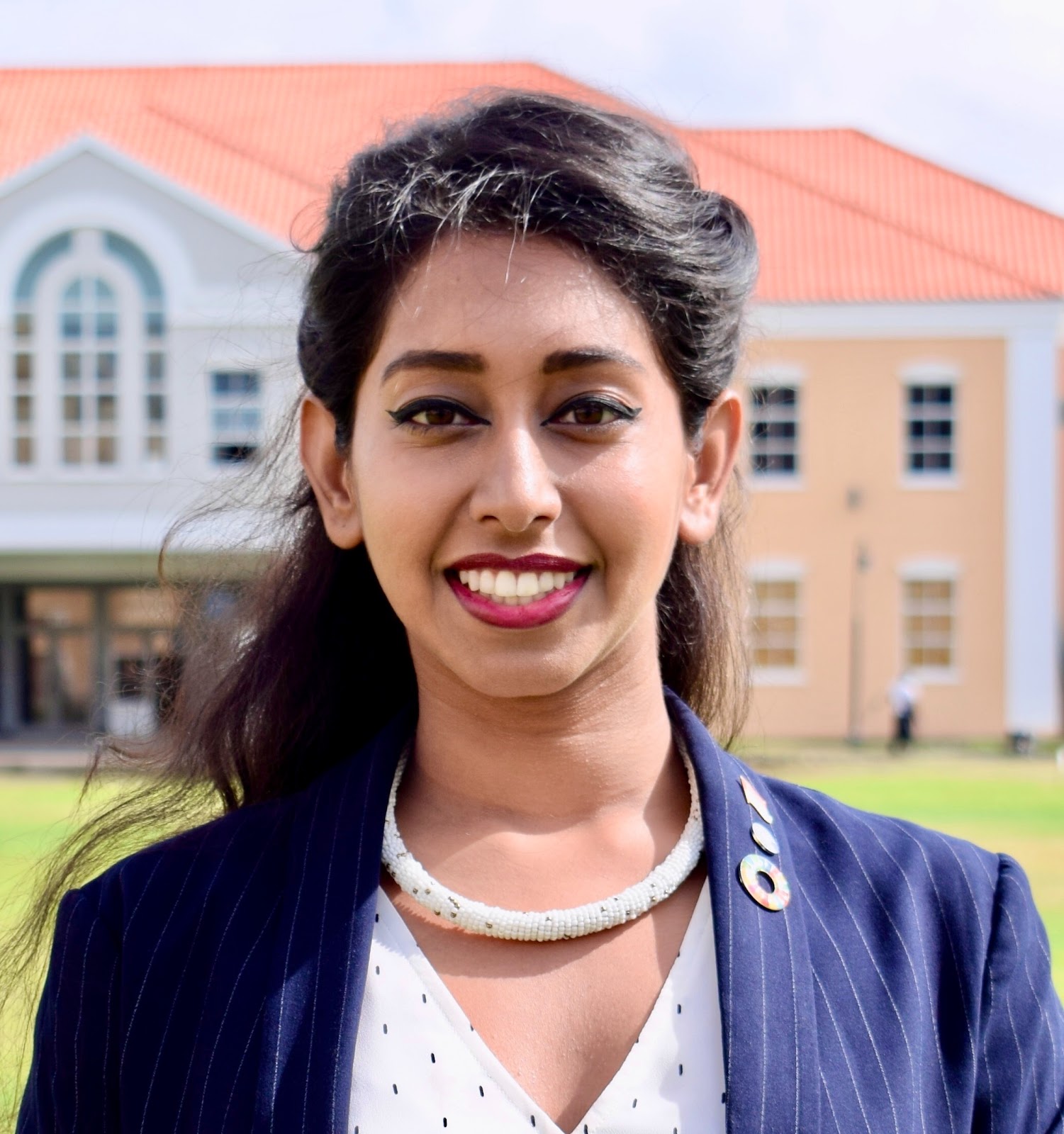 Dr Maisha Reza has been installed by the Secretary General (Commonwealth) as the Chairperson of the Commonwealth Students’ Association since 2018, working to unify and represent the needs and aspirations of national student councils and student organizations across the Commonwealth. Appointed to the Founding Board of Trustees of the 100 Million Campaign, she advocates for a world where all young people are free, safe and educated. She has also been nominated as an ASEAN Youth Fellow, into a network of next generation leaders, who will influence and inspire youth to take the ASEAN community forward as a strong and unified entity. Most recently (2021), Dr Reza has been appointed as a Youth Representative on the UNESCO Global Education Monitoring Report Advisory Board. Dr Maisha works in academia and is a lecturer in Biomedical Sciences and the Race Equality Resource Officer at the College of Medicine and Health at University of Exeter. In her academic leadership journey, she has garnered well-rounded expertise while leading Black, Asian, Minority Ethnic (BAME) networks, advising strategies on boards and writing policies for new academic programmes aligned with equality, diversity and inclusion (EDI) in order to facilitate BAME student retention, progression and sense of belonging. Outside academia, she remains stalwart in her advocacy for youth rights and participation in decision making. 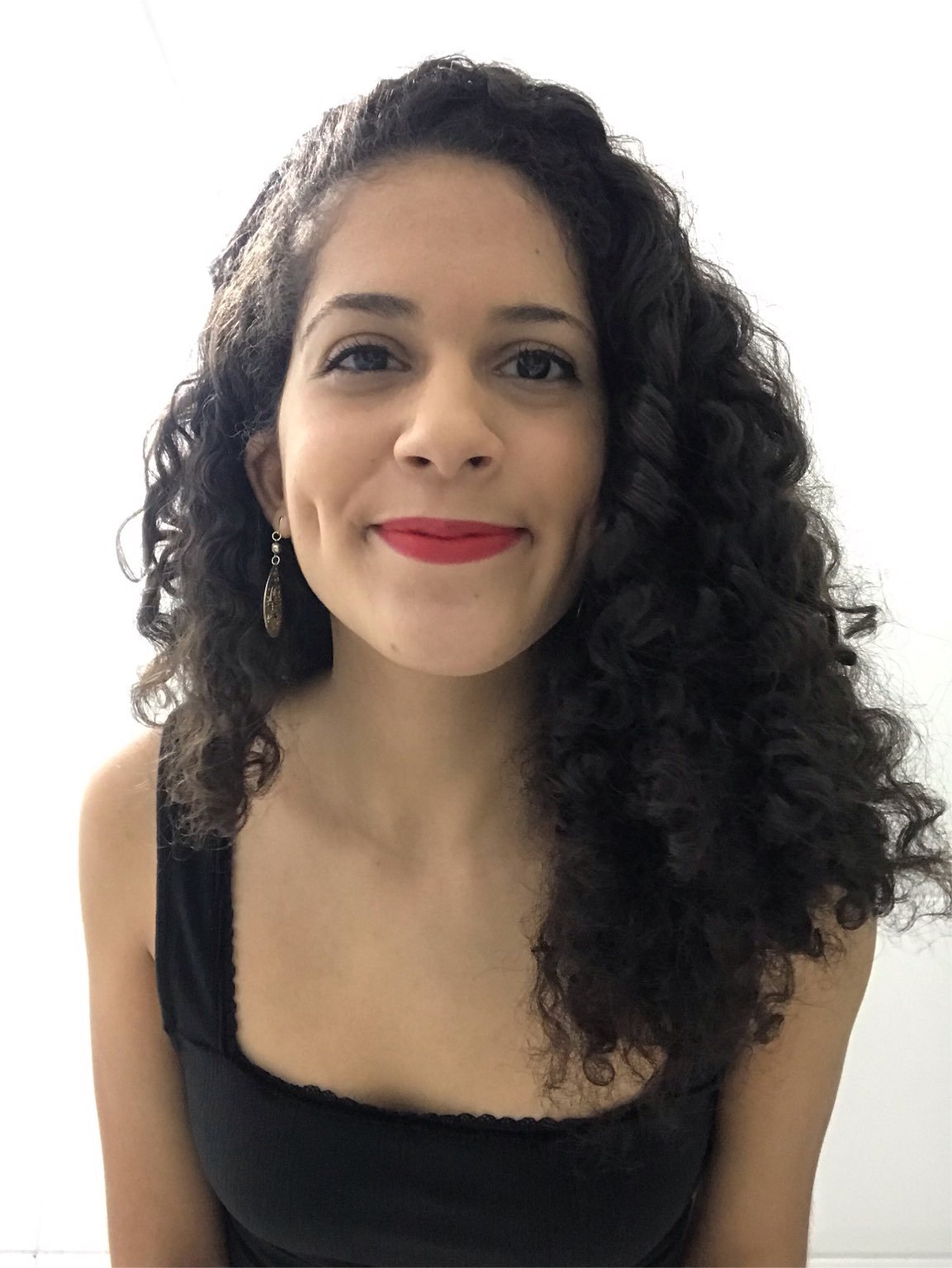 Bianca Borges dos Santos is a 21 year old law student at the University of São Paulo, where she is a member of the academic center and the central directory of students. She currently holds the office of Director at the national union of students in Brazil and is a member of the executive secretariat of the Organización Continental Latinoamericana y Caribeña de Estudiantes (OCLAE). 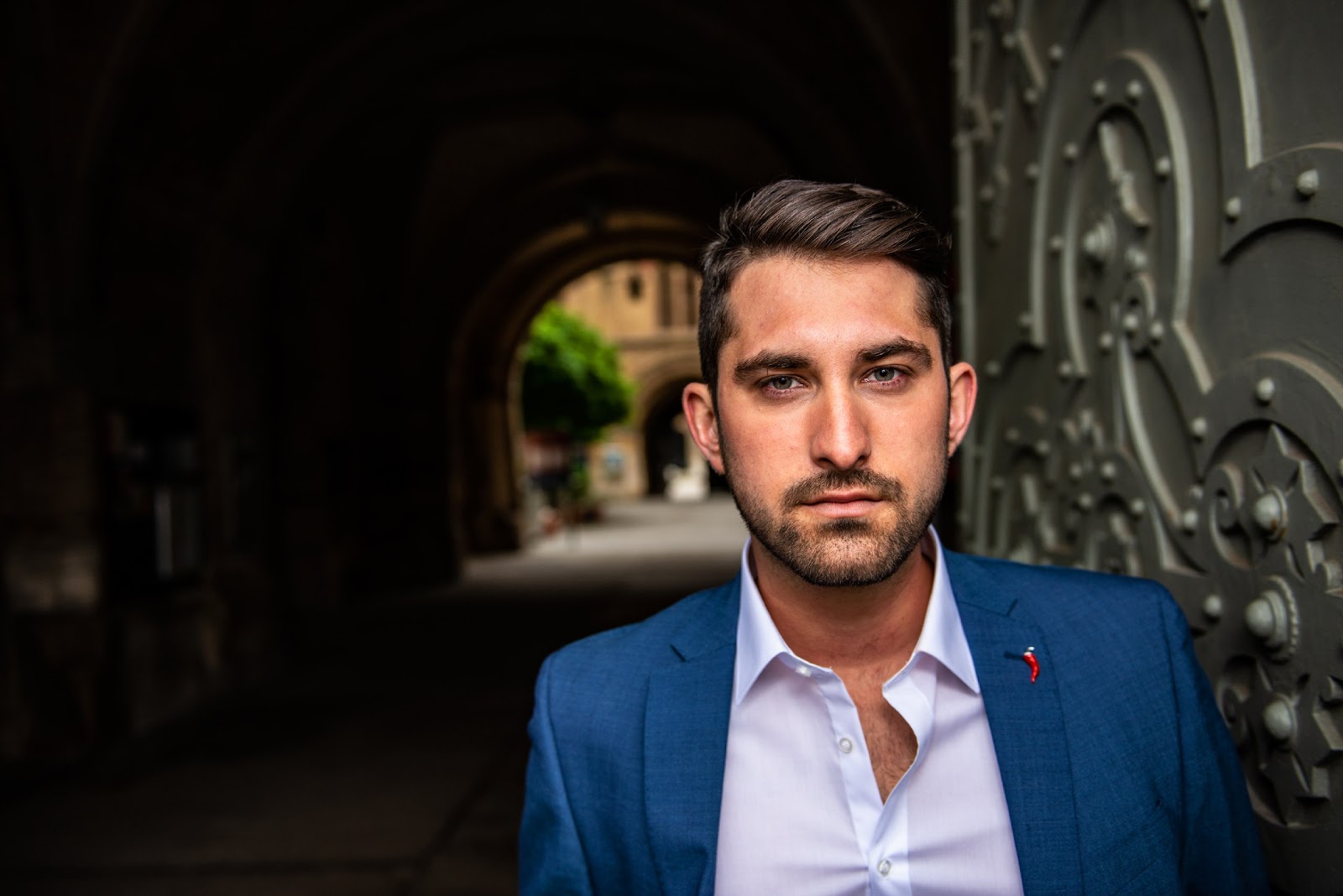 Sebastian Berger is the Executive Director of the Global Student Forum (GSF). He previously held the office of Vice President in the European Students’ Union (ESU) and was a founding member of the GSF Steering Committee. Sebastian has been an active member of the international student movement for years, holding various leadership positions on the local, national and international level. Alongside his activism in student politics, he serves as the treasurer of the 100 Million Campaign, where he advocates for access to quality education for all and putting an end to child labour. As the former national spokesperson of the Green party youth and student wing in Austria he has a strong background in the environmental justice movement and focuses on promoting education on sustainable development as a tool to achieve the SDGs. Sebastian holds a Bachelor’s degree in political science from University of Vienna and currently undergoes a Master programme in European Studies at KU Leuven, which he paused to fully focus on building the Global Student Forum.

Dr Manja Klemenčič (https://scholar.harvard.edu/manja_klemencic) is Lecturer on Sociology and Lecturer in General Education at Faculty of Arts and Sciences, Harvard University and Associate Researcher at Centre for Educational Policy Studies, Faculty of Education, University of Ljubljana. Her major research contribution is in the study of student governments and student representation which is part of her broader research agenda on student agency and the impact of students on higher education. She has over 100 publications and over 60 keynotes and invited lectures on a broad array of higher education topics. Her latest publications include the The Routledge Handbook of Student Centered Learning and Teaching in Higher Education (Routledge, 2020, co-edited with Sabine Hoidn) and thematic section on Elite and Mass Higher Education in The International Encyclopedia of Higher Education Systems and Institutions (Springer Nature, 2020). Since 2014, Klemenčič serves as Editor-in-Chief of European Journal of Higher Education (Routledge/Taylor & Francis), and since 2015 as Co-Editor of the academic book series Understanding Student Experiences of Higher Education (Bloomsbury).