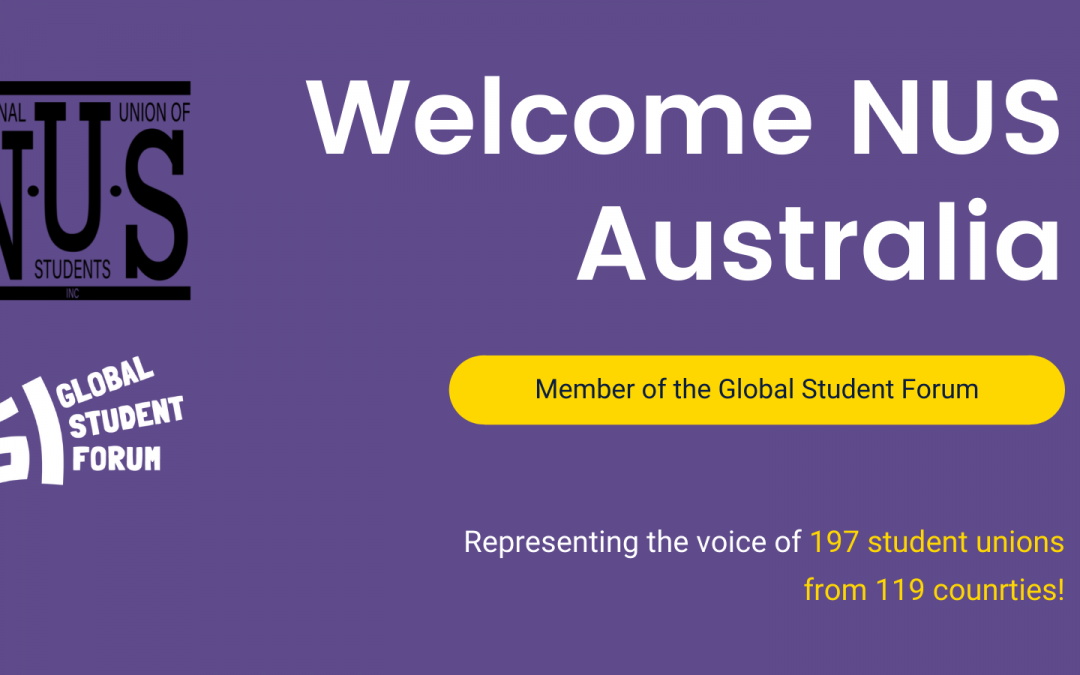 “We are extremely happy to now have the voice of Australian students represented within the Global Student Forum. The pacific perspective needs to be understood and highlighted in the global discourse. We hope that with NUS Australia as a strong partner in the region we can intensify the cooperation with other students from countries in the Pacific.” said Amilcar Sanatan, Steering Committee member of the GSF.

”NUS Australia is founded on the principles of collective action and aims to unite students from across the country to fight for their common interest. The GSF does just that. This is why we are incredibly humbled to join a global movement of student activists and look forward to contributing to international student unionism for years to come.”

About the Global Student Forum

The organisation is a platform for students and their movements to build networks and facilitate active solidarity through digital campaigns and on the ground action. Through cooperation, analysis and strategy it serves as a coordinator for targeted political action and advocacy efforts facilitated for and by students.

About the NUS Australia

The NUS Australia was founded in 1987 to represent all post school students in Australia. They are a peak representative and advocacy body for almost 1 Million students. The NUS is established on the principles of student unionism and our primary objectives include amongst many others, working on the interests of students in quality of education, academic freedom, access to education, social security, health and welfare.