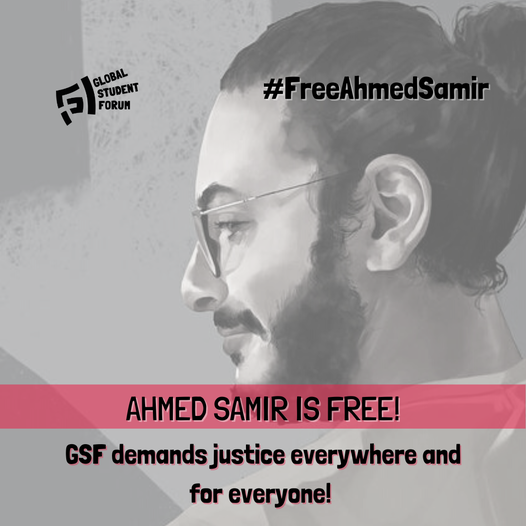 Last Friday we received the happy news that Ahmed Samir Santawy, student at the Central European University in Vienna, was released from Egyptian Prison, as he received presidential pardon.

After more than one and a half years of unjust imprisonment because of his research and government-critical statements, we today celebrate academic freedom, freedom of speech!

However, our joy as Global Student Forum is diminished: Over the fact that he is not yet able to leave Egypt, one important thing must be highlighted: Ahmed‘s arrest was not an individual case, repression has a system. We stand in solidarity with all political prisoners, especially students.

Is it coincidence, that Ahmed and 6 other prisoners were released during the preparations of COP27?

Is the Al-Sisi Regime exploiting unjustly imprisoned people, for the sake of scoring political points? We won‘t be fooled.

We remain with the following: Justice will and has to win!