Working from every part of the world

The Steering Committee is responsible for the political leadership of the organisation and comprises five representatives from the major regional representative members of the GSF as well as two additional members elected by a caucus of national unions of students not represented within the membership of the regional platforms and associate member organisations. Steering Committee members are elected for a mandate of one year.

Ashlegh Pfunye is a Steering Committee member of the Global Student Forum representing the All-Africa Students Union. He holds a Bachelor’s degree in international Politics and Public Management. Ashlegh is currently pursuing a Masters in Sociology at University of Johannesburg. He is a beneficiary of the Canon Collins scholarship and served as President of the Political Science Students Association at his university before becoming the Secretary General of the Zimbabwe National Students Union (ZINASU). He is also a youth leader in the Global Partnership for Education. He serves as a member of the  United Nations Major Group on Youth and Children and worked as a Programs Coordinator at Trust Africa. He is the Chief Secretary of the Citizens’ Manifesto, a conglomeration of Civil Society Organisations in Zimbabwe. 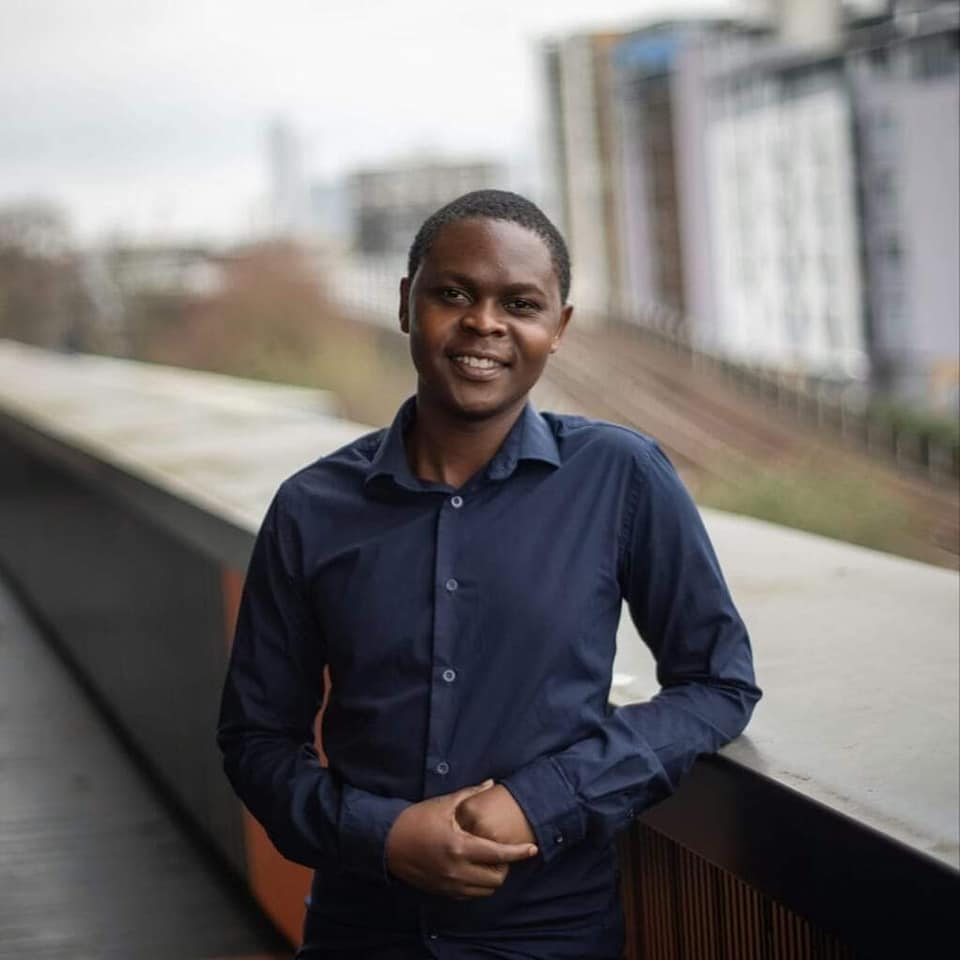 Alexandra Seybal is a member of the Global Student Forum Steering Committee representing the Organising Bureau of European School Student Unions. She has been an elected Board Member of OBESSU and held multiple leadership positions in the student movement at the local and national level. As a student activist she believes that education can be a key change-maker and that a qualitative, inclusive education system, where everyone has access to schools, can make the world a better place. Alexandra studies political science at the University of Vienna. 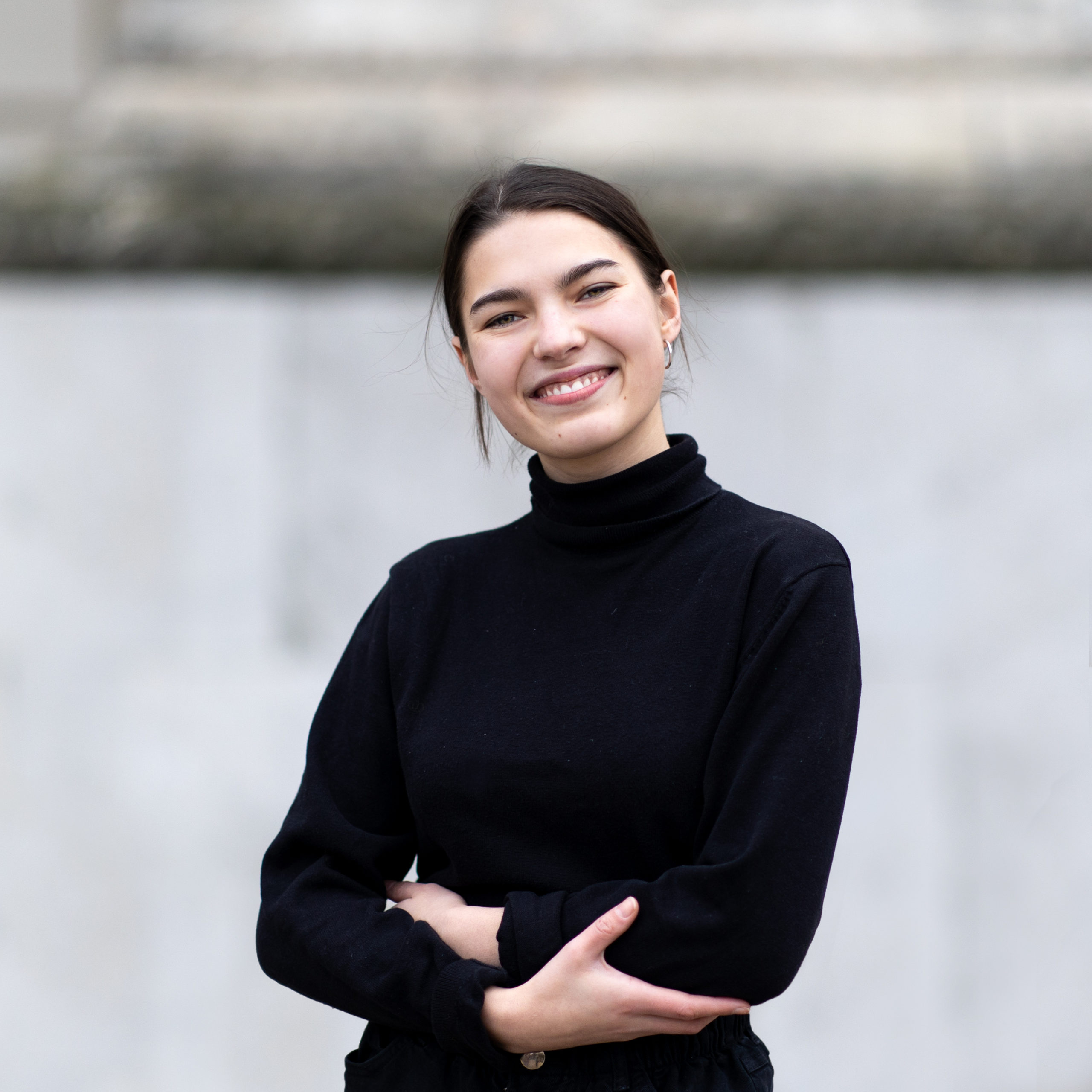 Hector Ulloa is the current president of the Norwegian Students’ and Academics’ International Assistance Fund (SAIH). Originally from Honduras, Hector has a background in student leadership and human rights.

SAIH is the solidarity organisation of students and academics in Norway, which motto is “education for liberation”. It is a politically independent organisation, supporting 30 organisations in seven countries in Latin America, Southern Africa and Asia.

He studied law, was deputy leader of the National Law Students’ Association, and spokesperson for the Honduran student movement. Due to his activism he travelled to Norway through the Students at Risks scholarship and completed a master’s degree in Public Administration at the University of Bergen.

Sherine Omondi is an impact driven and transformational young leader committed to the cause of youth, women and an all-inclusive society. She is a policy enthusiast and advocates for Quality Education for All. She is a community mobilizer, has organized events and social engagement days. In this Fora, she discussed issues affecting the young people. She has collaborated with diverse groups for campaigns on taking children back to school that has seen children getting enrolled for formal education and skill development in Vocational training centers and has trained young people on the Budget process in most parts of the country.

She is a graduate of the Young African Leaders Initiative with requisite social inclusion skills and a background in Human Centered Design thinking (HCDT) and public management. She holds a bachelor’s degree in Education from Moi University and is a Monitoring and Evaluation Expert. 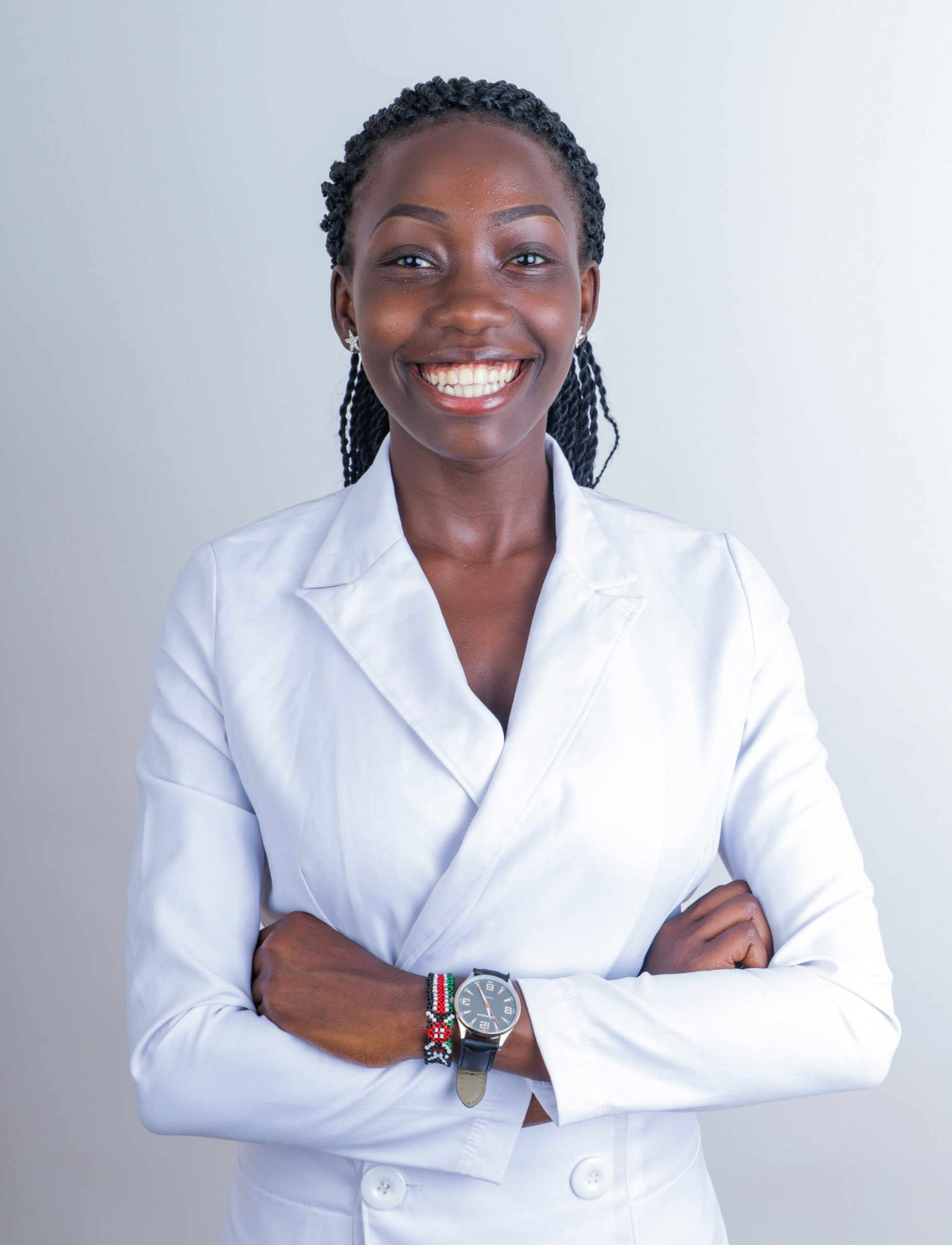 Jacob Blasius is the representative of the European Students’ Union in the Steering Committee of the Global Student Forum. He has a background in international relations and served for two terms as international officer of the National Union of Student in Denmark (DSF). Throughout his time in university and student politics he has, among other policy fields, worked on internationalization, sustainable education, and global funding for education. In his position as chair of the board of Students Organizing for Sustainability International, he has linked and sought to create synergies between sustainability initiatives in higher education and the student movement. Joined with fellow youth leaders of the Global Partnership for Education (GPE), he has engaged decision makers on the value of investing long-term in education systems in the global south. 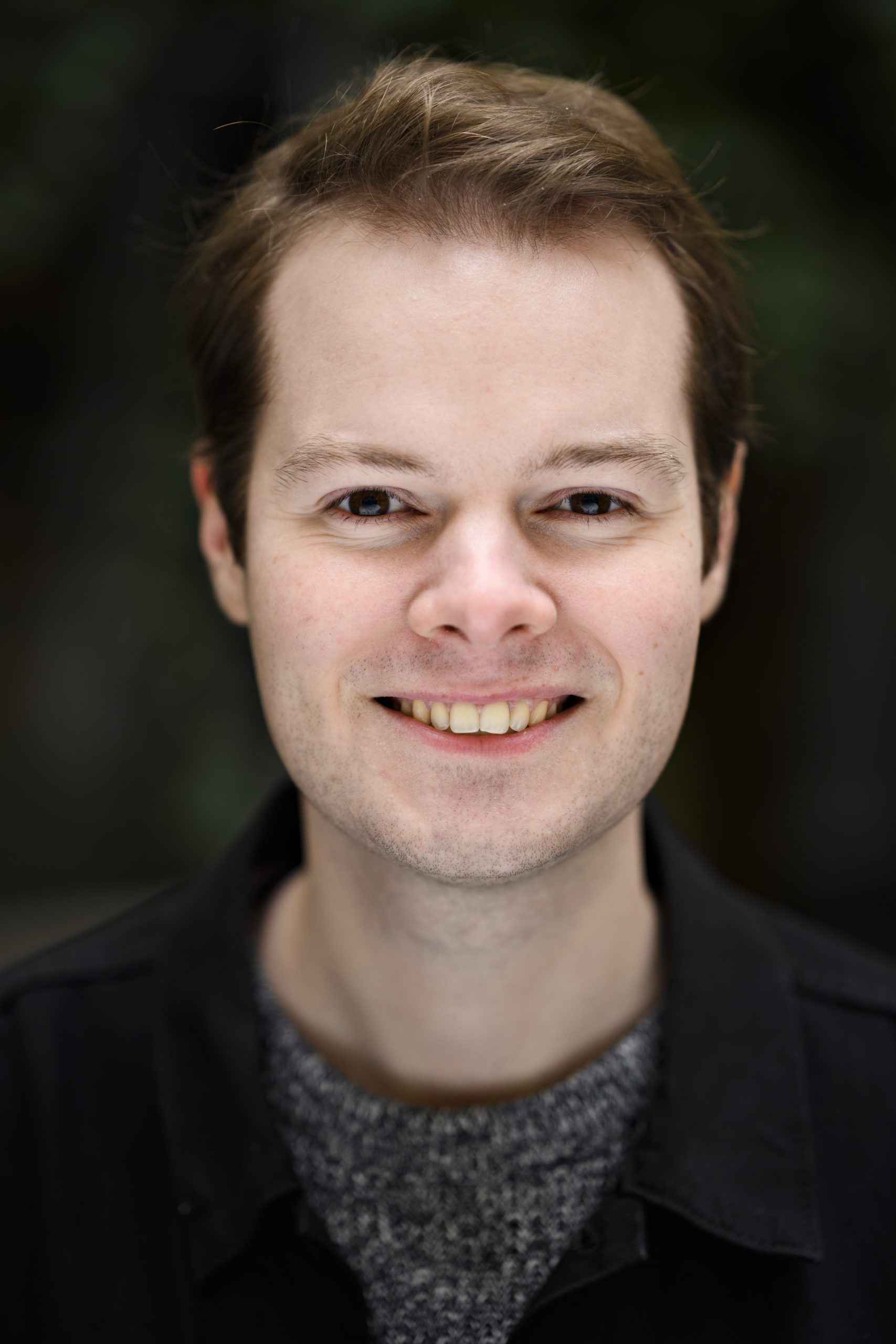 Bianca Borges dos Santos is an elected Steering Committee member of the Global Student Forum and represents the Latin American region. She holds a Bachelor’s degree in law from University of São Paulo, where she is a member of the academic center and the central directory of students. Bianca also holds the office of Director at the national union of students in Brazil and is a member of the executive secretariat of the Organización Continental Latinoamericana y Caribeña de Estudiantes (OCLAE).

Ellen Dixon is a critical security and education meta-theorist and activist in human rights, decolonization, and the critique of social violence and neoliberalism. She is the National Education Officer of the New Zealand Union of Students’ Associations (NZUSA), and sits on New Zealand’s two national academic quality bodies for the university sector. She has worked with students’ associations since 2017, coordinating student-led national campaigns to end modern slavery and precarious academic work. She has worked to connect student activism with early career researchers, inter-governmental groups, not-for-profits, and NGOs. 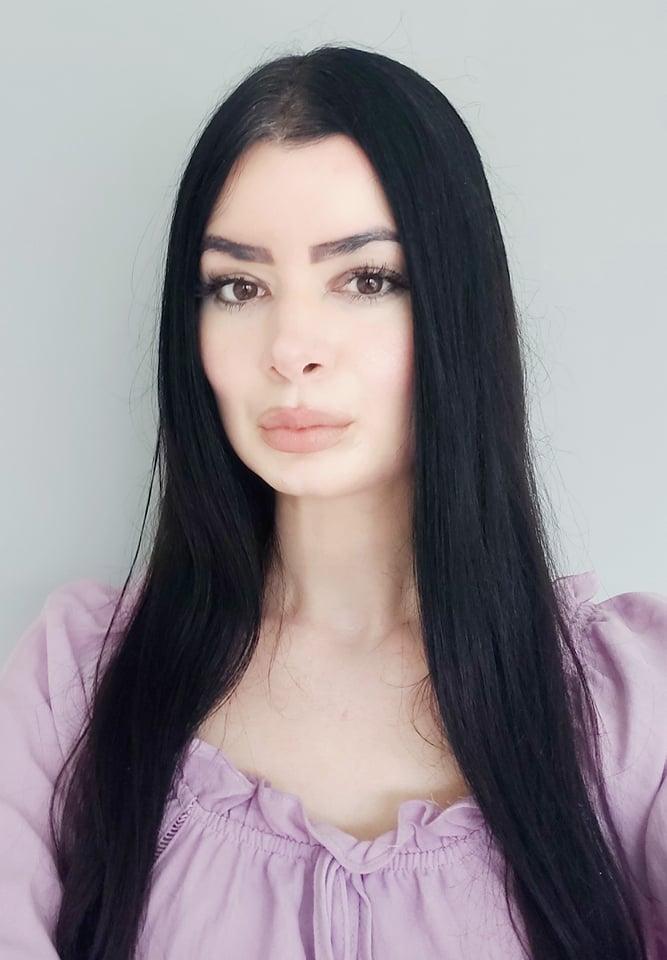 The Secretariat is responsible for the administrative leadership or the organisation, including the operative day to day business linked to finances, projects, communication and human resources. It is located at the headquarters of Education International in Brussels, Belgium.

Sebastian Berger is the Executive Director of the Global Student Forum (GSF). He previously held the office of Vice President in the European Students’ Union (ESU) and was a founding member of the GSF Steering Committee. Sebastian has been an active member of the international student movement for years, holding various leadership positions on the local, national and international level that enabled him to develop a unique set of skills in the areas of strategic communication, policy analysis and development, advocacy, organizational development and people management. He also currently holds the Co-Chairmanship of the Education and Academia Stakeholder Group in the UN, engaging with the monitoring and review of the Sustainable Development Goals through the annual High Level Political Forum.

Alongside his activism in student politics, he serves as a trustee and as the treasurer of Nobel peace laureate Kailash Satyarthi’s 100 Million Foundation, hosting the 100 Million Campaign through which Sebastian advocates for access to quality education for all and putting an end to child labor. As the former national spokesperson of the Green Party student wing in Austria he has a strong background in the environmental justice movement. Sebastian holds a Bachelor’s degree in political science from University of Vienna and currently undergoes a Master’s degree programme in International Relations and Security Studies at NUP Cyprus. 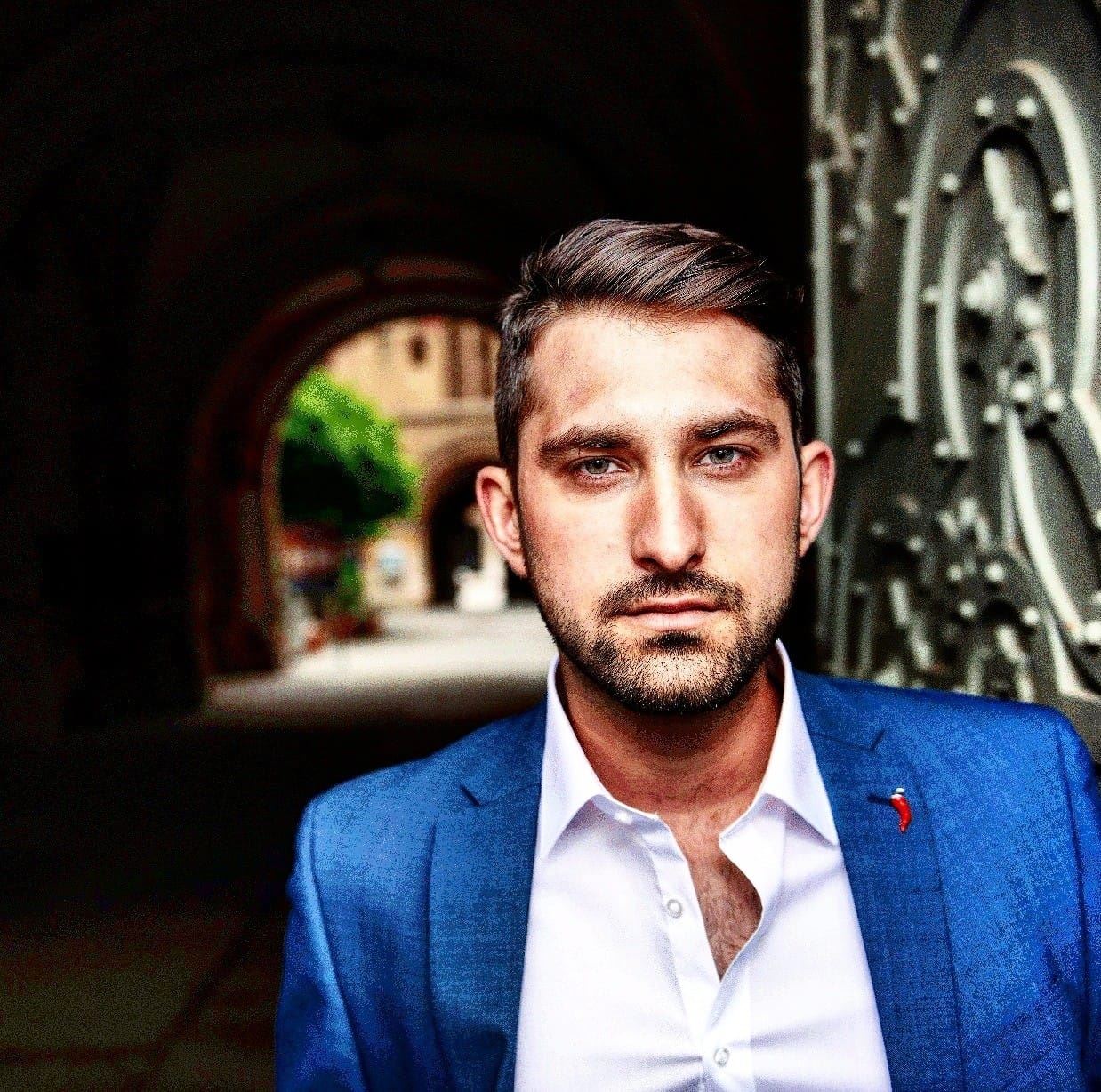 Awurama Safowaa is serving as a Project Officer for the Global Student Forum. Awurama Safowaa holds a bachelor’s degree in Political Science and Philosophy and a Bachelor of Laws Certificate. She wields over seven years of corporate work experience in different fields, including academia, business, law, environmental justice and students’ activism. She drew early attention to her leadership potential since her childhood days, right from the primary level through the tertiary level. As Executive Assistant to the Secretary-General of the All-Africa Students Union (AASU), Awurama contributed immensely to driving the growth of the Union and the quality of service AASU provides to its members and stakeholders. In an editorial role, Awurama played a pivotal role in writing environment and climate policy papers.

As a member of AASU’s Environment and Climate Working Group Awurama has actively supported the Union’s climate strategic goals. Awurama continues to work in volunteer roles with several NGOs to initiate key talking points to advance the conversation for the need to build broad coalitions to protect the environment. 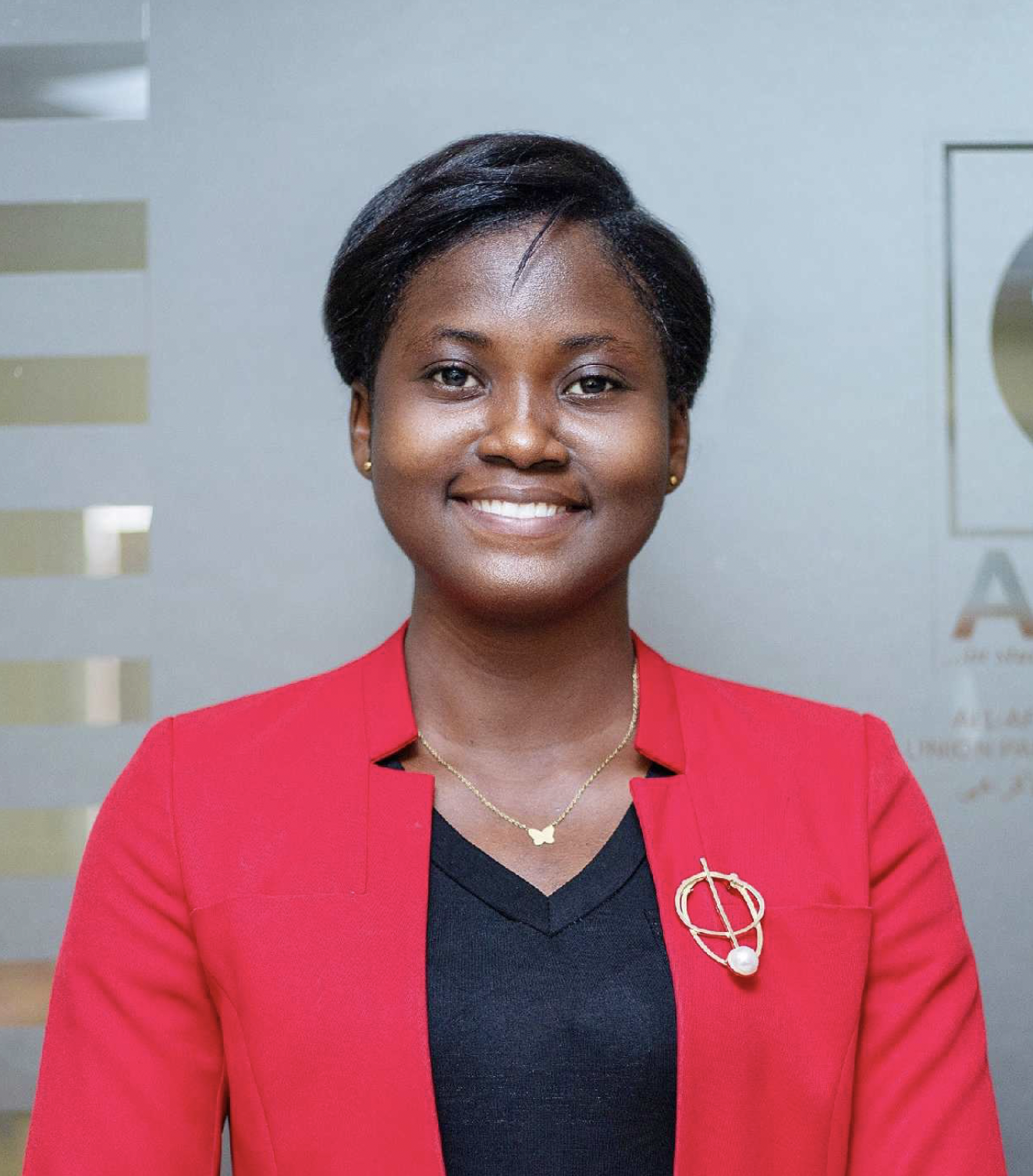 Bismark Amefianu is serving as a Project Officer for the Global Student Forum. Bismark has been part of the student movement in Ghana since high school. He held various student leadership positions at the local, regional, and global level. Bismark served as a member of the Judicial Council of the Students Representative Council of the University of Professional Studies, Accra (UPSA), leading student mediations between students, faculty, and management. Bismark has sat on various student committees to develop strategic plans to ensure the welfare of students at the tertiary level and has also been a member of panels to select student leaders for university Student Representative Councils and National Student Unions.

Bismark served as Research and Communications Officer at the All-Africa Students Union (AASU) for two years. He is currently the Programs Officer in charge of Capacity Building at AASU.  Bismark was a member of the Interim Secretariat, formed to provide dedicated capacity for the start-up phase of the Global Student Forum. Bismark holds a Bachelor of Business Administration from the University of Professional Studies, Accra, and is currently a final year postgraduate student in International Relations and Diplomacy at the University of Ghana. 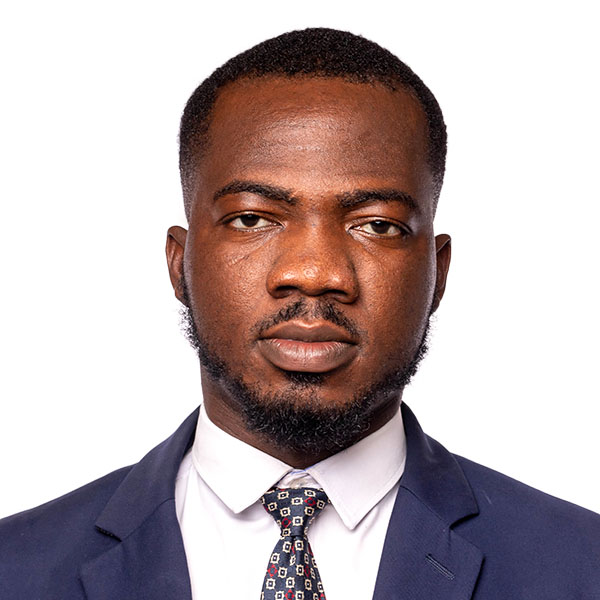 Carmen is working on Communication and Social Media within the GSF. She got involved with the student movement in Spain for the first time in high school. Since then she held multiple leadership positions on the local, national, continental and global level. She is the former president of the student council at Complutense University of Madrid and former president of the national unions of students in Spain, CREUP.

Carmen also served as the membership coordinator of the European Students Union and is a founding member of the Global Student Forum Steering Committee where she represented the voice of more than 20 million European higher education students in the 2020-2022 mandate.

Carmen holds a Bachelor degree in Political Science and Public Administration from Complutense University of Madrid as well as a Master degree in International Politics from Université libre de Bruxelles. She is passionate about organisational development and the role of young people in shaping education policies. 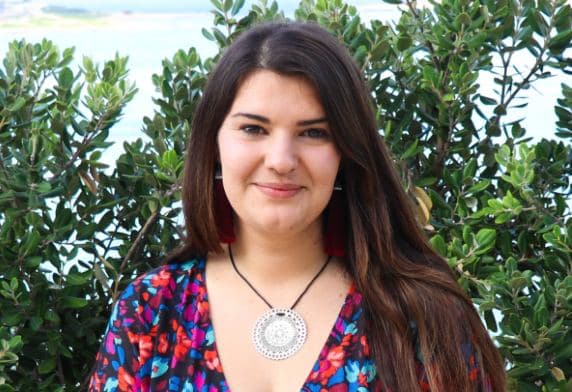 Ettore Bucci is serving as a part-time Research and Policy Advisor in the secretariat of the Global Student Forum.

He is undertaking an internship at the European Trade Union Committee on Education (European region of Education International), after an assignment as a Research and Policy Assistant at the OBESSU secretariat. He holds a Master degree in Modern History from the University of Pisa (Italy) and currently finishes a postgraduate Master in Parliamentary Institutions for Consultants of Assemblies at the University of Rome ‘Sapienza’.

Ettore is a teaching fellow in political thought and history of political institutions at the University of Pisa and engages in the Italian social activism (ARCI, The White Rose in Pisa) and movements grouping precarious workers. He is passionate about student representation, intellectual research, political commitment for the rights to dignities, and participation in mass grassroots movements against the cuts in funding for education and research. 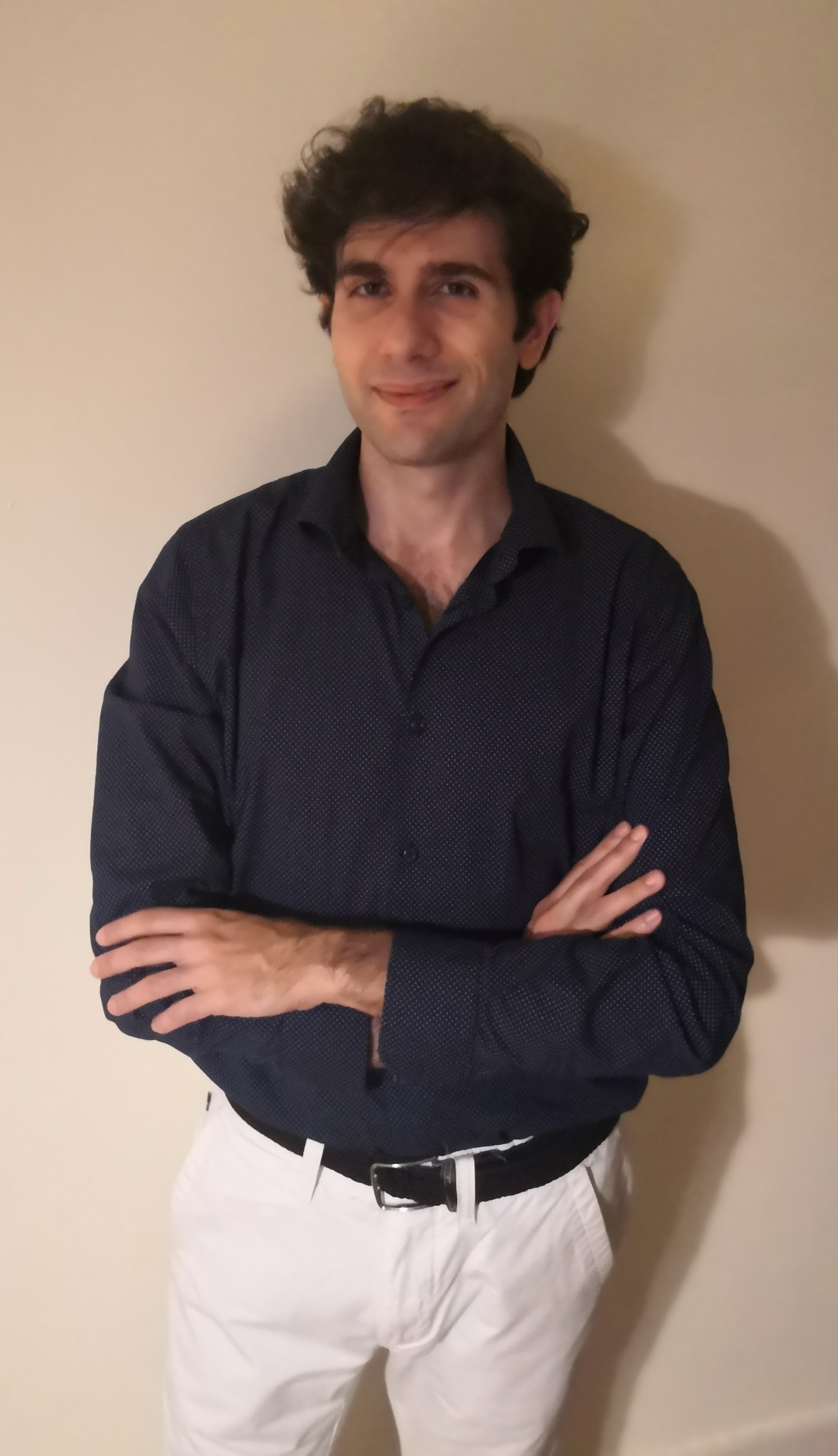 As policy and advocacy advisor in GSF Frederikke is focused on ensuring student representation in global advocacy spaces and decision-making processes while promoting students’ rights and protection of students defending democracy, human rights and academic freedom.

Frederikke Veirum Høgsgaard is a master’s student of International Development Studies & Global Studies in Denmark. She has been advocating, campaigning and building partnerships and networks to protect and promote students’ rights across the globe through the global student movement, civil society and UN spaces for years.

She led the process of developing the youth and student engagement strategy of the Global Campaign for Education (GCE), took part in the initiating meetings laying the foundation for the Global Student Forum (GSF) and has been representing youth and students in various international and global spaces. Latest she led a research project to conduct a global mapping to identify actors doing work to protect students’ as human rights defenders across the globe in collaboration with six student leaders from all regions of the world. 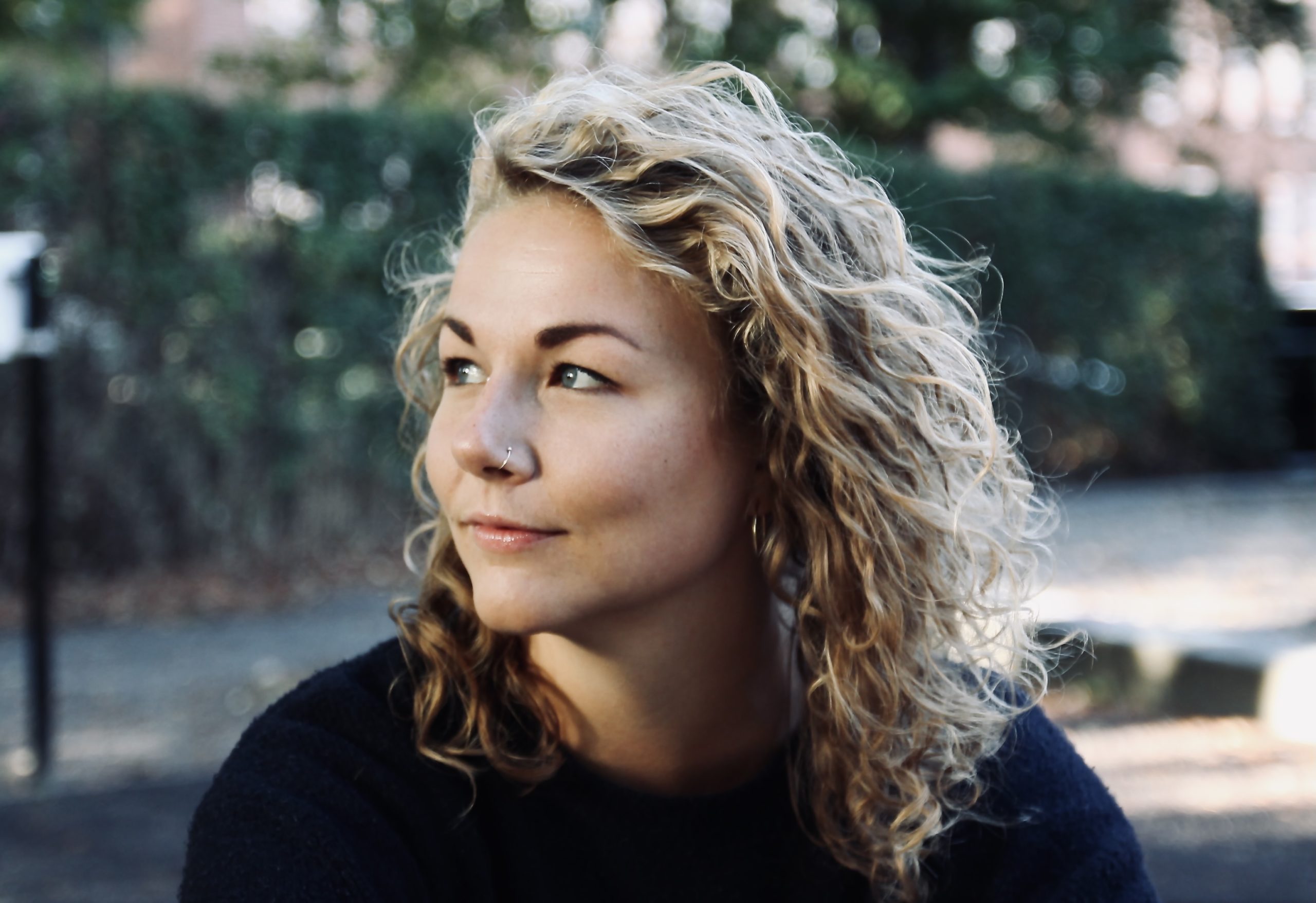