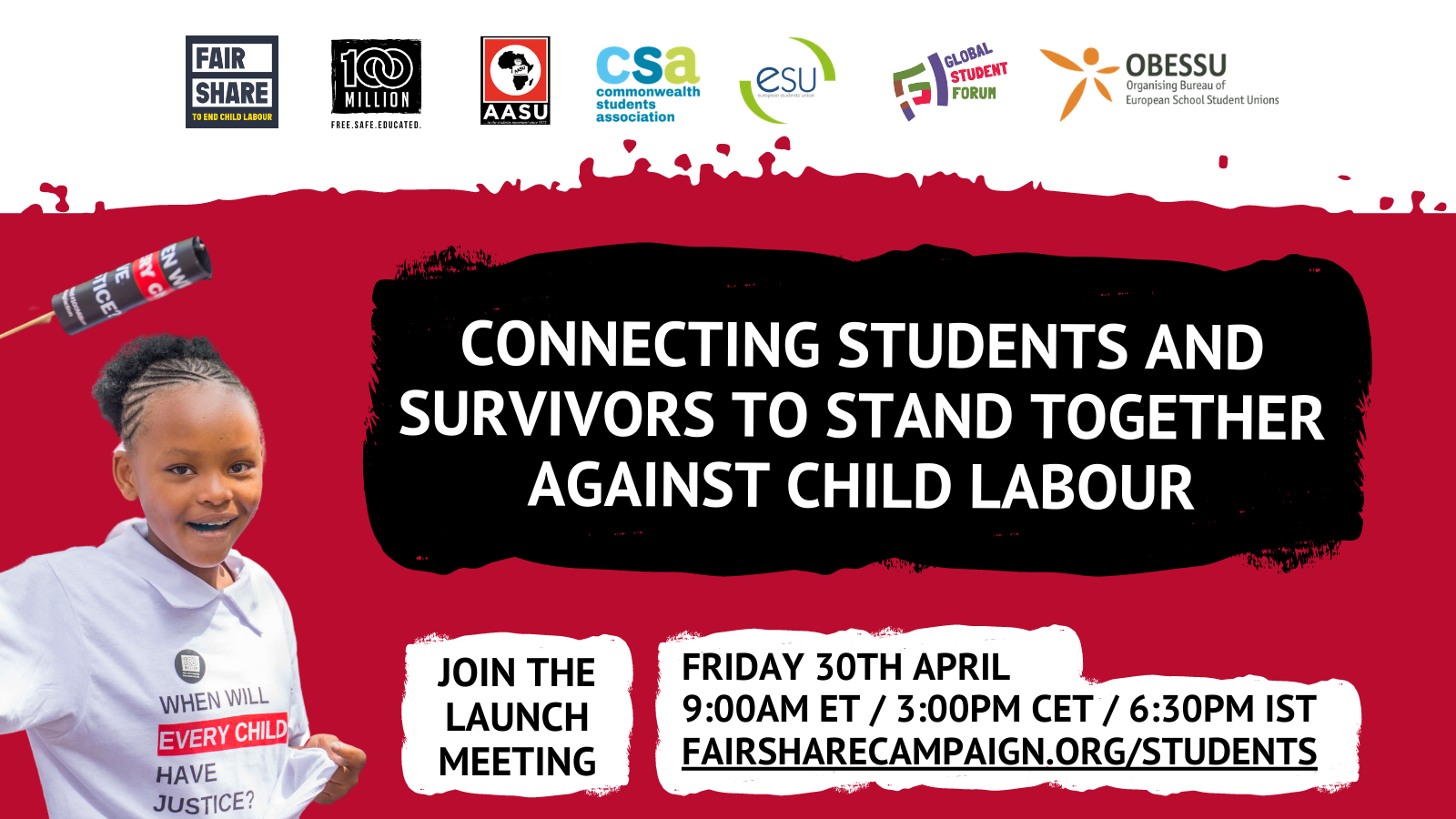 Today, 1 in 10 of the world’s children – 152 million – are still being forced to work and are denied their right to education and childhood.

2021 is the UN Year for the Elimination of Child Labour, yet due to staggering levels of global inequality, exacerbated by the unequal response to the COVID-19 pandemic, the number of children and young people being forced to work is expected to rise this year for the first time in two decades.

Child labour is not inevitable. It is the direct result of unjust political decision-making that impacts the world’s most vulnerable children. We know how to end child labour and the world has the means to make it happen. Enough is enough: it is time to ensure every child is learning in school, not working to survive

Ending child labour is deeply interconnected with the fight for education access and equality. With children and young people engaged in child labour either denied the opportunity to attend school, likely to drop out early or attempt to combine their education with excessively long and heavy work. As student unions and associations, defenders of the right to a quality education for all, we feel strongly that it is our responsibility to unite with survivors in support of an end to this injustice.

We are very pleased to share that alongside regional and global student leaders, we will be joined by Nobel Peace Laureate Kailash Satyarthi, the globally renowned human rights activist whose organisation has directly rescued over 100,000 children from child labour, slavery and trafficking across India. He will be sharing his reflection on why student and survivor-led action during this UN Year for the Elimination of Child Labour is so important.