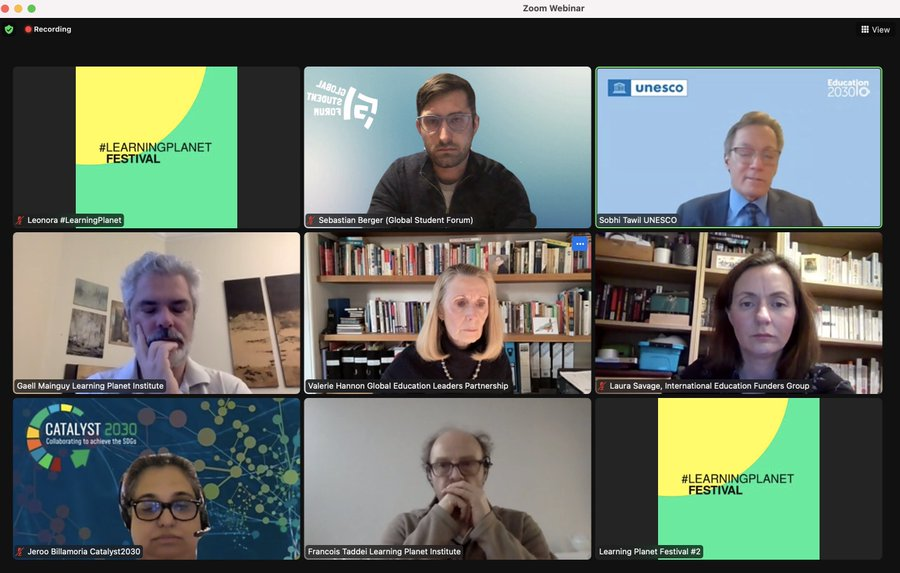 The COVID-19 pandemic has undoubtedly exacerbated democratic decline and gave rise to this recent spring of authoritarianism, with shocking attacks on academic freedom, institutional autonomy and freedom of expression. We agree with the report that education has a distinctive role in preparing young people to be active citizens, fostering commitment to fundamental values, human rights and democratic discourse. But to live up to this crucial responsibility we need to democratise education itself.

This process of democratisation needs to start at the local level in schools and universities by meaningfully involving students and their unions in institutional governance and policy making, listening and acting upon the concerns expressed by learners and giving them a real chance to co-shape their educational realities. By doing so education systems are installing a genuine belief in the power of democracy itself in young people.

Way too often, in our experience, critical voices of young people are being suppressed and replaced with token individuals  incapable or unwilling to ask the uncomfortable questions and to influence the status quo. So a commitment to active citizenship education therefore cannot go without an active commitment to support and work with existing representative union structures of students. The same can be said for teacher unions, who I am not here to speak on behalf of but whose history of defending democracy is out of question.

Another issue at the heart of the report and at the center of the student movement discourse is the need to urgently act upon the greatest threat humanity has ever faced. The environmental catastrophe is well documented and as students we listen to science and stand behind the scientific community.  We consider climate education to be a central aspect of quality education and learners as well as teachers must urgently be equipped to do their part to address the climate crisis and shape democratic, inclusive and socially sustainable communities.

Delivering quality climate change education requires far-reaching changes in curricula and study programmes that can only be achieved by fundamentally redesigning learning and teaching strategies by involving learners to embed education for sustainable development into school and university curricula as a cross-disciplinary and core subject. So, students do not only achieve climate literacy once they complete their education, but are being supported to carry out sustainability initiatives throughout their educational journey.

The third and last topic I would like to touch upon is education funding. The make or break factor for most of the brilliant recommendations put forward by the report. On international student day 2021 we have launched the Don’t Cut our Future Campaign with national students unions urging their governments to increase investments in Education.

According to the United Nations, education has only accounted for a minimal share (2 percent on the average) of stimulus spending in most countries and 66 percent of low income countries have been forced to further cut down education budgets while only 33 percent of high income countries had to do the same. As always, the  increased economic pressure is hitting the global South and the most vulnerable the hardest.

Financing of education has been inadequate for decades, and much more funding is required to overcome the digital divide addressed in the report, to modernise learning environments – schools – universities, to train and pay teachers adequately, to ensure equity to access and completion, to realise lifelong learning opportunities and real social mobility.  It’s not that there is no money in the system; I think we can agree on that, governments always find money to spend on the military, the police, security, surveillance, and corporate welfare.

In our opinion, to put this proposed new Social Contract for Education into effect we need a broad coalition of actors working together, achieving momentum to publicly fund its implementation while being guided by the overarching aim to not leave the most marginalized behind.