Statement of Solidarity with Student Activists in Sri Lanka 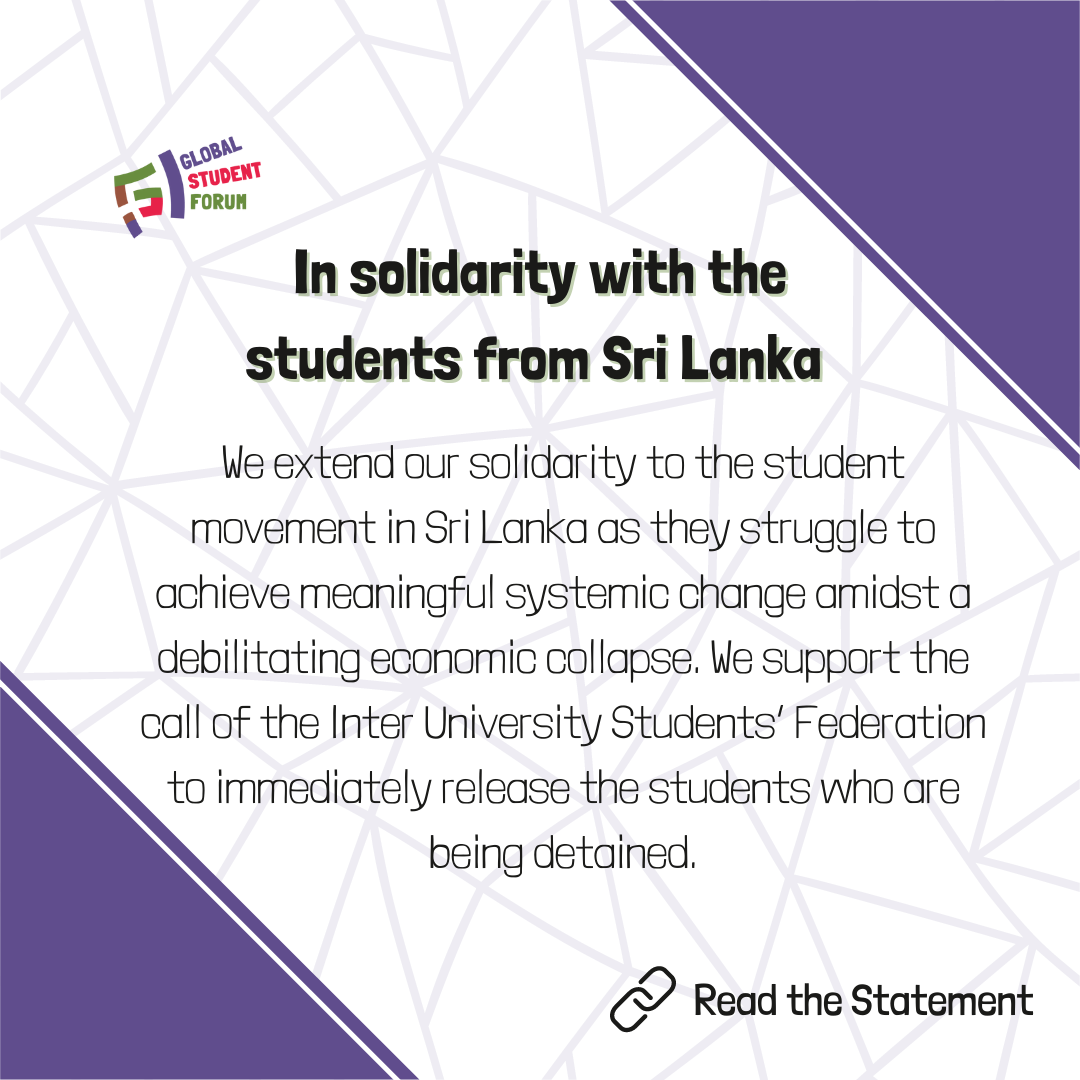 We, the undersigned student unions, educators and scholars, strongly condemn the harassment, intimidation,  arrests and abductions of student activists in Sri Lanka. The actions of the Sri Lankan Government  demonstrates a blatant disregard for students’ rights, including the freedom to protest and show their  dissent. We condemn the arrests of student activists Wasantha Mudalige (Convenor of the Inter  University Students’ Federation, Sri Lanka), Galwewa Siridhamma himi and Hashan Jeevantha while participating in a peaceful protest in Colombo and detaining them under the Prevention of Terrorism  Act (PTA). The PTA is a draconian law that allows for arbitrary arrests and detention without trial  that has been used to target minority ethnic tamils and muslims and political dissidents in the past.

We are particularly concerned about the abuse of the anti-terrorism law to detain student  protestors. We demand that the government stop the criminalization of dissent in this manner that  represents a gross violation of the democratic rights of students and citizens of Sri Lanka. Sri Lanka  has stood out as an example for universal free education and students have played an integral part in  safeguarding equal access to education. The targeted assault on student unions and their leadership is  an attempt to undermine the collective strength of students and to hold the government accountable  for policies that have plunged the country into a devastating economic crisis. As educators we are  aware of the harmful repercussions the labeling of peaceful dissenters as ‘terrorists’ has on individuals  and communities, particularly those from vulnerable and minority backgrounds. It is clear that the use  of such draconian laws against students expressing their democratic right to dissent is not only to  suppress the current mass uprising in the country for pro-people policies but is meant to crush the  democratic spirit and aspirations of youth in the long term.

In recent times, we are observing the worrying trend of the use of anti-terrorism laws on  student movements by “democratically” elected authoritarian leaders globally. This trend coincides  with the dominant framing of education as only serving to produce docile workers for the marketplace.  Within such a framing, students’ activism and active participation in political movements are made to  seem antithetical to their educational goals. We reject such a narrow framing of education that has  only served the interests of political elites and to maintain the status quo. It has led to the shrinking  of space for political debates and suppression of intellectual freedoms within educational institutions  and to the disintegration of democracy itself. In these turbulent times, it is heartening to witness the  re-emergence of student movements demonstrating their unwavering resistance to authoritarian rule.  We affirm the statement by the Federation of University Teachers’ Association in Sri Lanka that there  can be no education without democracy.

We extend our solidarity to the student movement in Sri Lanka as they struggle to achieve  meaningful systemic change amidst a debilitating economic collapse. We support the call of the Inter  University Students’ Federation to immediately release the students who are being detained under the  PTA, enforce a moratorium on the use of the draconian anti-terrorism law, repeal the PTA and stop  state repression of the student movement.